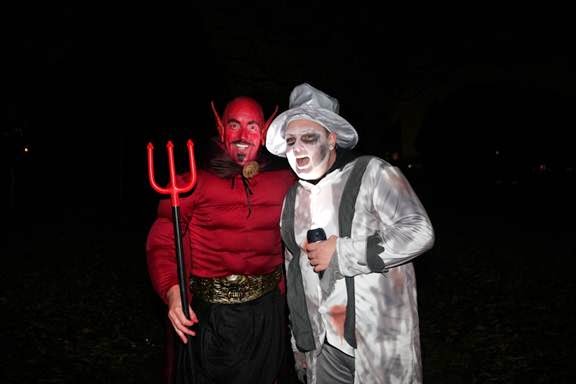 This Friday is the annual Halloween "Parks after Dark" tour. Details are below and don't forget booking is essential. The event consists of a scary tour around both Victoria and Mile End parks with stories at certain points and scares throughout the tour. If you are a big kid there are varied volunteer tasks from helping to set up earlier in the day to dressing up to be a scare along the route and storytelling.

Please let Dave Hime at Victoria Park know asap if you are interested in helping out with any of the above tasks on 020 7364 7968 or dave.hime@towerhamlets.gov.uk 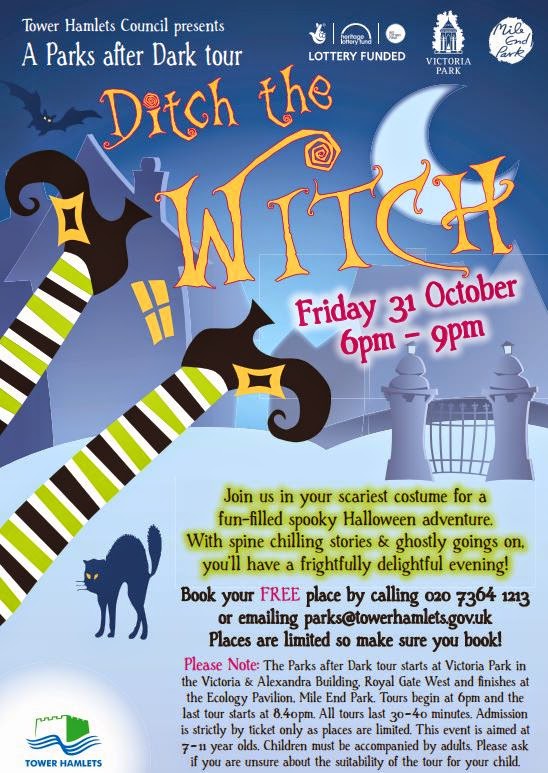 Wakeboarding on the Art Pavilion Pond 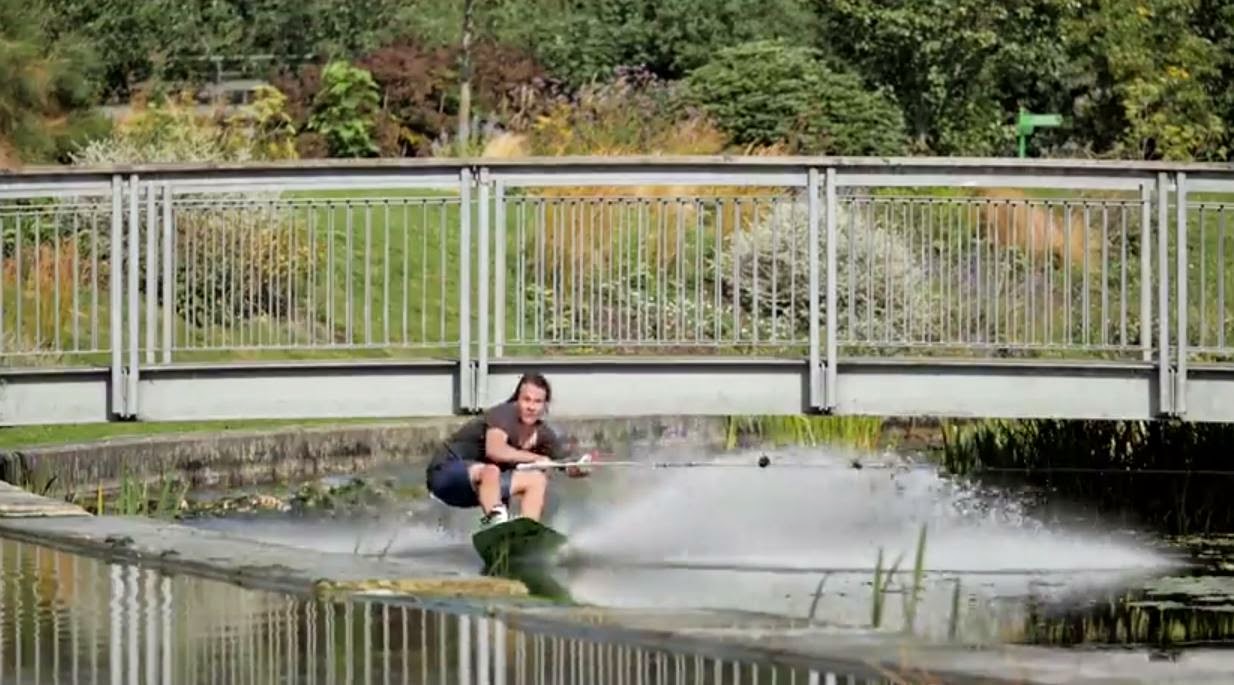 Mile End Park features in a recently launched promo for Monster high energy drink. It was filmed during August. I  hope you enjoy the video.

The next Friends of Mile End Park Committee Meeting is this coming Thursday at 7PM in the Ecology Pavilion, Grove Road. The agenda is below:

The time-scale is a guide showing the latest time each item would end approximately if we are to complete the Agenda. Some items may be shorter and some may need to be referred to a sub-committee for fuller discussion.

PLEASE NOTE: This is an OPEN meeting and you are welcome to attend (for all or part of the meeting if you prefer). If you are unable to attend but would like to comment on any item above then please email Joan our secretary. 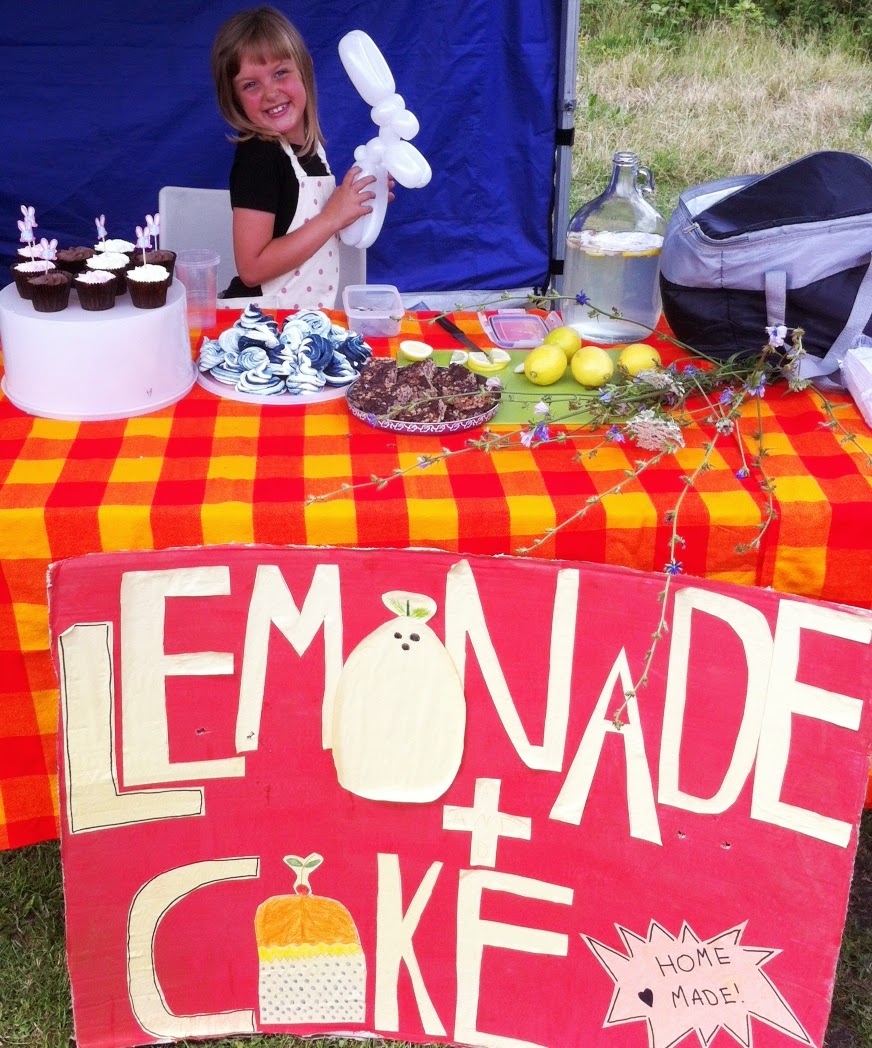 In June, a few weeks before our July Dog Show & Fair, I saw a plea on Streetlife from a mum whose 7-year-old daughter, Lulu, was keen on slipping her [small] toes into the world of business.


A few emails later and before we knew it the day had arrived with Lulu one of the first to layout her stall. The midday downpour didn't dampen her spirits and within an hour Lulu was busy serving customer after customer. This is Lulu's story..... 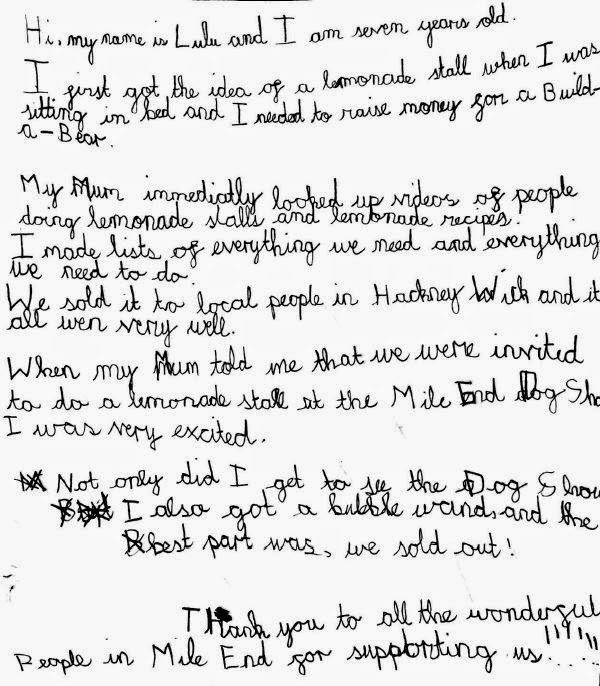 Really well done Lulu! - You are an inspiration to us all to just get out there and make our dreams happen! 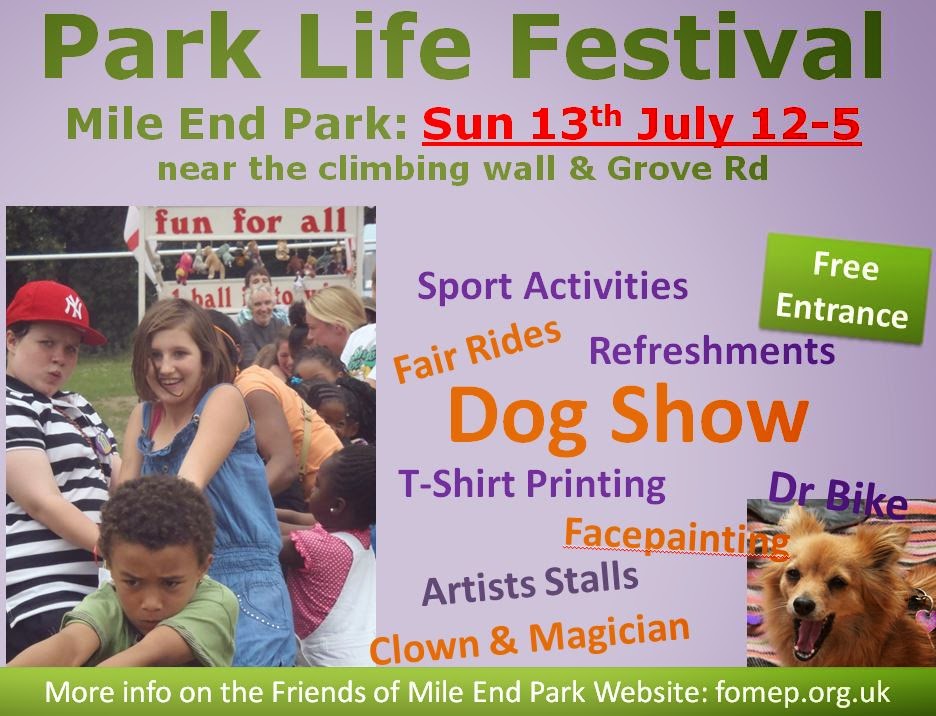 It is just a week to go until the 2014 Dog Show & Community Fair. This year we have a good mix of rides and things to do including fair rides, face painting, a magician and clown, lots of community stalls, Dr Bike and last but not least the Dog Show, which has been totally revamped this year.

Please do come along it looks like as great lineup.

If you are able to help setting up in any way (e.g setting out the dog show area or putting out tables and chairs then please email me
Posted by John W at 20:50 No comments:

The letter can be viewed here (I have redacted the council officer's name for privacy reasons).

The meeting was very well attended with 56 members of the public coming along and a large proportion of those speaking. Not one member of the public spoke in favour of the plans. Many arguments and views were put forward including: concerns about noise, parking, anti-social behaviour and the general effect on the local residents; artists objected to the loss of a wonderful venue; the loss of access to the Pavilion loos; the loss of access to the island - the list was long.

Many of you will have noticed that the island has been fenced off already and the works begun with the distinctive Art Pavilion sign being boarded over.

John Biggs, the Labour Mayoral candidate, has personally promised to review the plan if he is elected on Thursday.
Posted by John W at 11:44 No comments:

This meeting of the Friends of Mile End Park is your chance to let Tower Hamlets Council hear your views on turning the Art Pavilion into a wedding venue. Light refreshments will be available in the Eco Pavilion from 7PM with the meeting starting at 7.30PM prompt.
Posted by John W at 20:38 No comments:

The Art Pavilion to become a Wedding Venue 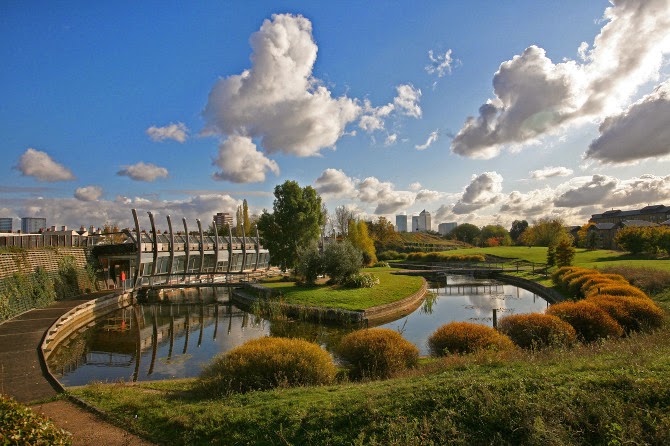 Tower Hamlets Council have decided that the Art Pavilion in Mile End Park is to be used for weddings instead of Art exhibitions every year from June to August inclusively and perhaps running into May and September.

This decision was made in a closed session of the King George's Field Charity Board (which is a committee consisting of the Mayor and his cabinet) on the 29th of January in a meeting attended by 3 out of the 10 members of the board. The meeting, which had a very long agenda, lasted 40 minutes. The Friends of Mile End Park were not consulted about this proposal and were informed of the decision afterwards on the 4th of March. We were also informed:

FOMEP have numerous concerns:
For many years the Art Pavilion was underused, but for the last two years or so it has been transformed by a volunteer curator, so that more often than not, there are free public exhibitions on every week. These bring in quite a substantial income (the Art might be free to look at, but it isn't usually free to exhibit!).

Above all else we, The Friends of Mile End Park, regret the loss of what has become a great free local art venue where you can pop in, grab a coffee, and have a look whilst having a walk in the park. To fence off the lake area, erect a marquee, bar access to the toilets and drinking water will affect park users greatly and would ruin this area of the park.

If you share our concerns regarding this change to the park please do come along to the next Friends of Mile End Park Meeting on Thursday 10 April at 7.30 pm in the Eco Pavilion (as the Art Pavilion is closed from the1st of April to allow the necessary building work to begin). Steve Murray, Head of Arts and Parks has confirmed he will attend.
Posted by John W at 18:36 No comments:

IRAQ: A Hidden Legacy (3rd-9th February at the Art Pavilion) 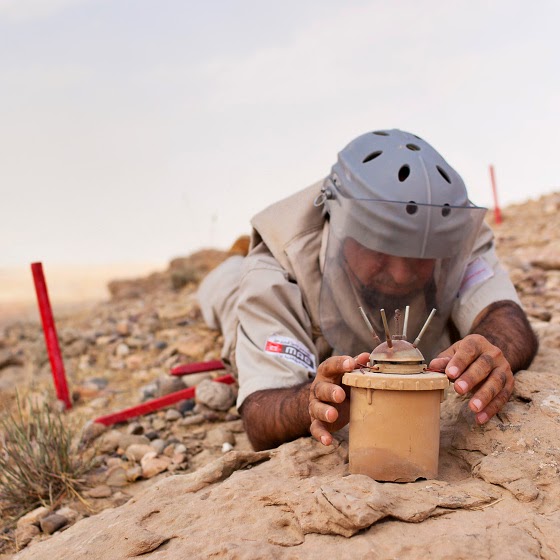 Tomorrow sees the launch of the Art Pavilion's first exhibition of 2014. Entitled IRAQ: A Hidden Legacy, it is London based photojournalist and documentary photographer, Matt Cetti-Roberts' reflections on his time in Iraq over a ten year period:  firstly as a British soldier on tour and more latterly working as a photographer with Iraqi journalists. The exhibition runs until next Sunday.
Posted by John W at 13:38 No comments:

We used to litter-pick the park the last Sunday of each month 10-12. But hay COVID has stopped that!